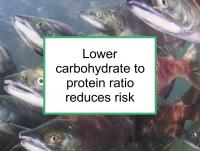 The study supports the theory that high circulating insulin, which is associated with metabolic syndrome and which may occur after a meal high in carbohydrates, can promote the development of breast cancer. This appears to be true even for women who are not overweight.
Please see our article on how to optimize your breast cancer diet for information on what to eat during all stages of treatment and recovery.